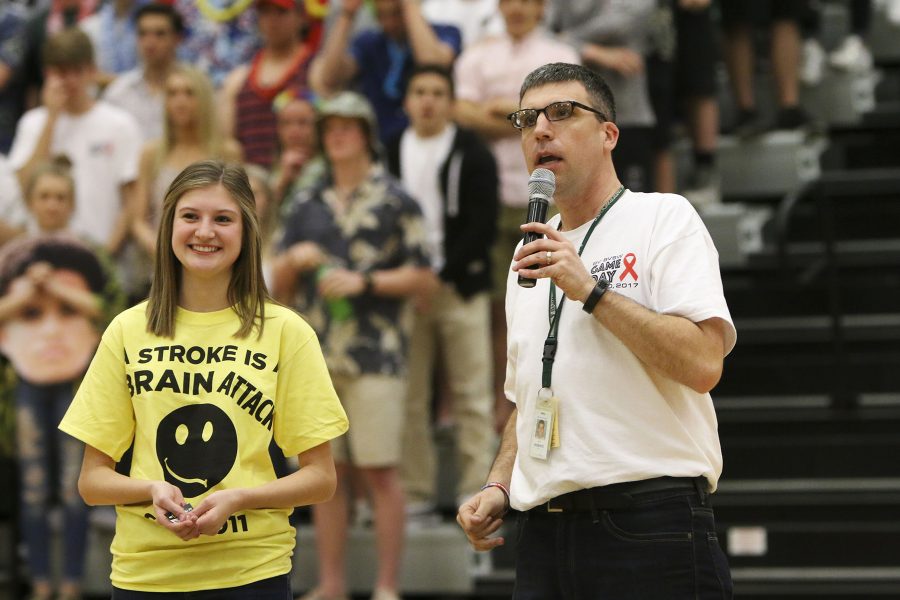 Gallery|15 Photos
Principal Scott Roberts tells the crowd at the game how to recognize the signs of a stroke.