The boys varsity soccer team played in the state finals on Saturday, Nov. 5 against St. James Academy. This was the schools first time making it to the state finals match for boys soccer. The game was played at Emporia high school at 2 p.m. The first goal of the game was scored with 26:24 left in the first half by St. James. Three minutes later, St. James scored another goal, making the score 2-0 St. James. Then, number 10 sophomore Aidan Bates scored a goal with 14:24 left in the half. The first half ended with a score of 2-1 St. James. Soon after the second half started, with 37:03 left, St. James scored its third goal of the game. Despite the effort of both teams, no additional goals were scored in the game; it ended with a score of 3-1 St. James Academy. The boys varsity soccer team was the 5a State runner-up. 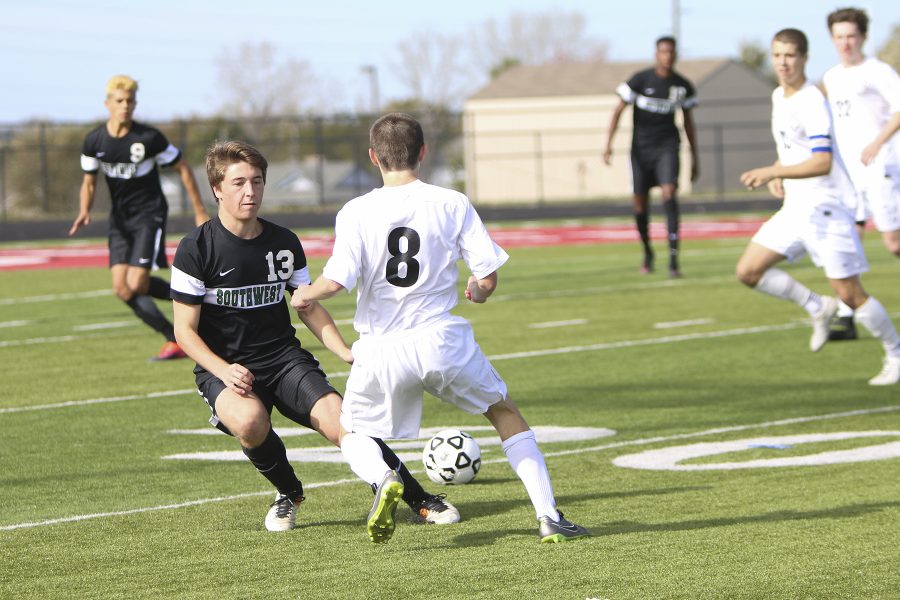