The boys varsity soccer team played in the state semi-final game on Friday, Nov. 4 vs. Kapaun Mount Carmel. The game was held at Emporia high school at 7 p.m. With 29:52 left in the first half, number 10 sophomore Aidan Bates scored the first goal of the night, making the score 1-0 Southwest. Then, three minutes later, Kapaun Mount Carmel scored a goal to tie the score. The first half of the game ended with a score of 1-2 Kapaun Mount Carmel. The score was then tied with 27:06 left in the game after a second goal by Bates. Just one minute later, with 26:03 left in the game, Kapaun scored another goal. The score was then 2-3, with Kapaun in the lead. Soon after, Southwest tied the game following a goal by number nine junior Ethan Diedel. The score remained tied at 3-3 until there was six seconds left in the game. After minutes of pressure at Kapaun Mount Carmel’s net, number 19 senior Nigel King scored a goal. The game ended with a score of 4-3 Southwest; this sent the team to the 5a state championship game on Nov. 5. 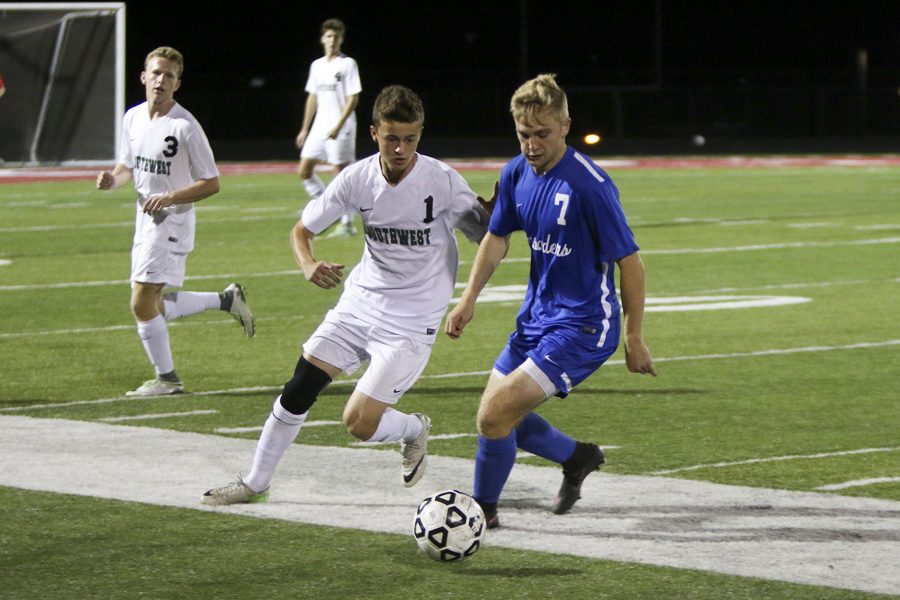