The True Meaning of Valentine’s Day 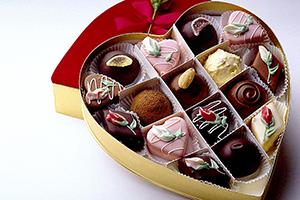 According to National Geographic, Valentine’s Day traces back to an annual festival, Lupercalia, on February 15 in which men would spank young women with goat- or dog-sin whips with the belief that it would increase woman fertility. According to the History Channel, in the 400s BC, Pope Gelasius redefined the Lupercalia festival as a Christian feast day in honor of Saint Valentine on Feb 14.

There are many different legends in why Pope Gelasius honored Saint Valentine. There are at least three people named Valentine in the time, all of whom were supposedly martyred on Feb 14.

One legend suggests that Saint Valentine was a priest in Rome during the third century. The emperor of the time, Emperor Claudius II concluded that single men were better soldiers than ones with families and wives and outlawed the marriage of young men. Valentine found this to be unjust, so he decided to go against the emperor and secretly gave marriage ceremonies for young couples. The emperor discovered what Valentine was doing and demanded that he was put to death.

According to the History Channel, Valentine’s Day was first associated with love and romance in the 1300s. From then on, the traditions of the day for lovers bloomed. In the 1840s, the first Valentine’s Day cards were mass produced in the United States.

Today, 150 million Valentine’s Day cards and gifts are sent each year and 58 million pounds of chocolate candy is bought, all in the name of Saint Valentine.