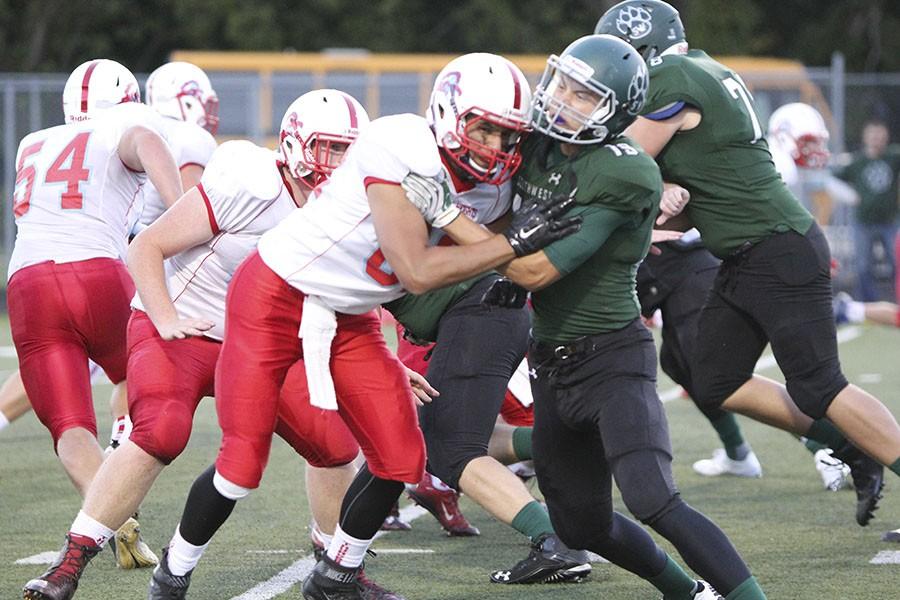 The football team had its first win of the season at its homecoming game on Friday, Sept. 11 against Shawnee Heights. Southwest started off the game with a 14-0 lead in the first quarter. By halftime, Southwest was still in the lead with a score of 21-7.

During halftime, homecoming royalty was announced. The homecoming king and queen were seniors Mitch Sutton and Sara Stowe Eskilson.