Finance classes should be mandatory in high school 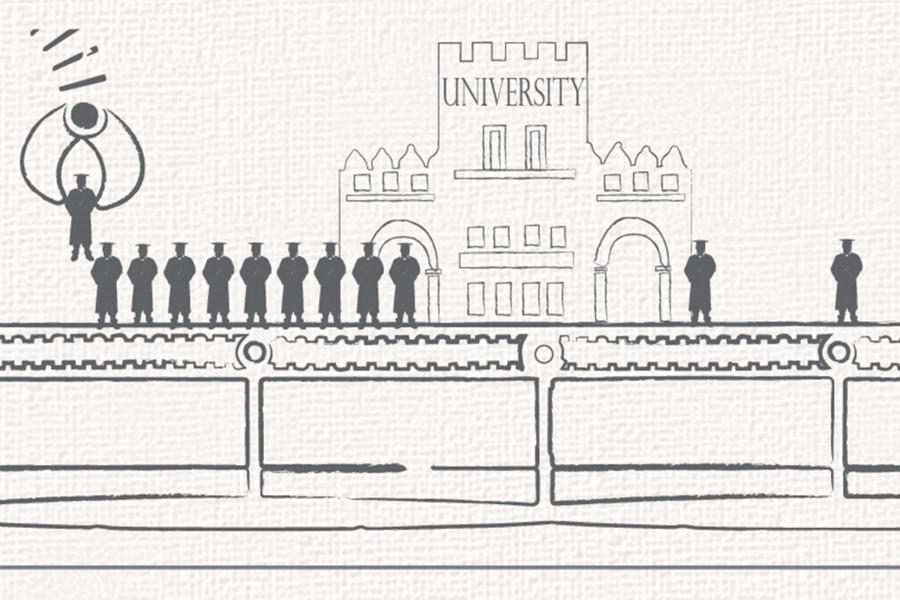 When it comes to financial literacy, students are entering college clueless. Blue Valley has driven its students to pursue a college degree, as 94 percent of all students show interest in enrolling at a four-year university. Although students are up to academic levels of preparedness, the lack of knowledge regarding finances is proving the absence of fiscal education in high schools. Finance classes should be mandatory in the upper class grades of high school in order to give students a baseline knowledge on financial literacy.

“I think personal finance is a great example of a class that students should be taking to prepare them for the world outside of high school,” principal Scott Roberts said. “The [core classes] are academic classes where we are doing academic preparation, so students don’t always have an opportunity for those real life situations. We have to learn how to incorporate pockets [of real world] in our curriculum, but that’s probably an area to work on. I don’t know exactly what the real world class would look like, but I think that’s something we could definitely use some more of.”

Roberts said out of the students who are interested in going to a university, 87 to 90 percent actually end up attending. As far as finishing, that number drops to about 63 percent, about double the national average. There are numerous reasons for that low of a number, including finances.

Finance teacher Layne Funk said it can be discouraging as a teacher that only 63 percent of Blue Valley students actually finish college, whether it takes four, five or six years. Funk said part of it can be directly attributed to the financial piece, but it can also be attributed to the level of difficulty of college that students aren’t used to.

“I would like that percentage to be quite a bit higher; however, college has gotten a lot harder than when I was going through school,” Funk said. “I have two boys in college now, and it’s rigorous. Blue Valley talks about being a rigorous school and having rigorous academics, but I don’t know if we’re quite there yet, like we say we are. I think our kids are more prepared than other school districts in Kansas, but I think we need to bump it up a little bit.  A great way to do that would be pushing students take finance classes to put them ahead.”

High school is supposed to prepare students for college education as well as being able to perform in society. The education students receive in high school is more biased toward the academic piece, and it’s lacking the financial real world situational piece.

“In high school, we think about this a lot, ‘Are we preparing you for college, are we preparing you for life?’” Roberts said. “Sixty-three percent almost doubled the national average, but it still isn’t as high as we’d like it. We would love for 80 percent of everyone who goes to college to finish within six years. We aren’t quite there yet.”

Students are entering a university immersed in the curriculum they were given in high school, but when the first tuition check comes, they can be overwhelmed and confused on how to handle the money they owe. Not just tuition, but also handling money in general can become a struggle, as students are on their own financially for the first time.

Alumnae Kobi Miller shared this concern as she currently lives in an on-campus dorm in New York City at the Fashion Institute of Technology. Miller pays around $28,000 a year for school; that’s on top of books and basic necessities, such as food and toiletries, as well as tickets to campus events or events around town.

“I had money saved up for basic needs, but I didn’t factor in cost of living or how much extra stuff I was going to do,” Miller said.

“We live in a nice part of Kansas, but the basic necessities are still a lot more affordable there than in big cities,” Miller said. “The first time I got a notification on my account saying that they posted tuition and housing fees, I freaked out. Seeing that number for the first time made my head spin. You may see jokes about books being expensive, but they are not an exaggeration. Some of my books are upward of $200.”

If students aren’t learning basics on finances at school, they’re going to have to learn it somewhere. A gray area exists on who is supposed to be teaching the financial piece. Administrators assume it’s the parents’ responsibility, and the parents assume their children are getting that knowledge from school.

In perspective, students spend most of their time at school or working on school related activities, and parents are busy with their own responsibilities at work. There is limited time left over to talk finances, and parents are trusting their school districts to provide their children with skills to help them prosper in life. There’s an unclear line on who is supposed to teach finances which is leaving the students to suffer.

Roberts said aside from the personal finance classes that are offered, Blue Valley makes some attempts to help students become prepared for life after high school. They do this through advisory or when counselors come in to give presentations on testing days and discuss not just academic, but social and emotional topics — things students are really going to be exposed to.

“We try to offer those opportunities for students — ­that’s why we take 48 minutes out every week in advisory so that we can put some of those goals in the classes to figure out how we can improve student’s personal growth,” Roberts said. “We put those lessons in the school day, but not within a specific mandatory class, so that’s how we’re trying to address it. Could we be better? Yes.”

Although there are some attempts being made, financial literacy is important and something every student will have to learn and understand. Schools need to do a better job at not only preparing students academically, but financially as well. All teachers want the percentage of students who finish college to increase, and although the 63 percent isn’t all directly attributed to financial problems, learning how to handle finances early could be significantly more beneficial rather than learning it later. Students are shocked by what life after high school entails, and adding a mandatory finance class could help students obtain baseline knowledge on financial literacy.

“Honestly I think everyone should have to take Personal Finance their last semester of high school,” Miller said. “Whether or not you go to college or join the workforce, the class really prepares you for adult life. I wish Blue Valley would have taught me more about cost of living throughout the world. Not all of us will end up living in Kansas or going to school there, and it makes a huge difference.”