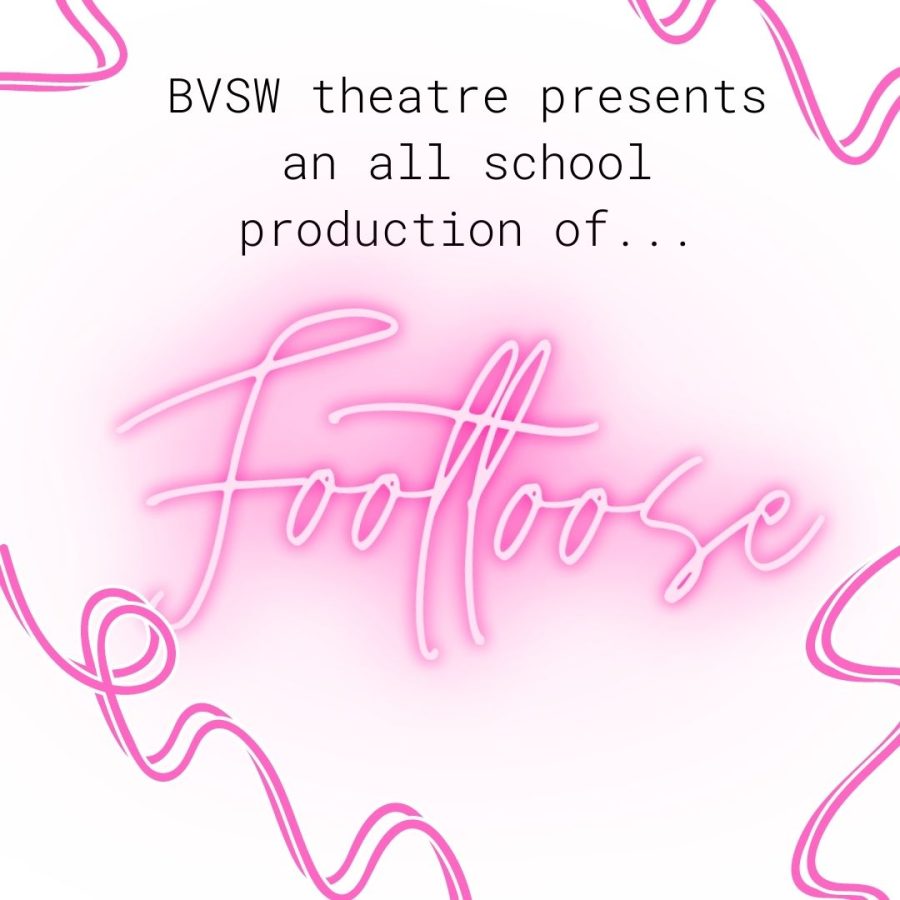 For the first time in two years, theatre is becoming more recognizable to its pre-covid self. The BVSW theatre department is producing Footloose the Musical directed by Jordan Foote.

“We have about 50 cast and crew involved; both behind the scenes and on stage,” said Foote.

The show is adapted from the 1984 film about a teenager who moves from Chicago to a small town. The town has made rock music illegal. Ren McCormack, played by Sam Illum, is trying to change things. He befriends Ariel Moore, played by Mia Cabrera, whose conservative Reverend father stands in the way of change. Cabrera said this musical will leave audiences happy.

“Footloose is all about being free I guess, and getting to actually see that and kids having fun on stage,” said Cabrera. “I think they will be in for a ride. Especially coming away from this year, it will be really cool to see live theater in general because it hasn’t happened in awhile.”

“Lots of dancing and a lot of great songs that I think a lot of people have heard before. It’s kind of an iconic soundtrack based on the old 80’s Kevin Bacon movie,” said Foote.

The show runs April 7-9 at the Performing Arts Center.

“You can buy tickets at the door or ahead of time by scanning the QR code or going to the BVSW event website,” said Foote.