Trays of Change: Environmental Club implements use of compostable trays 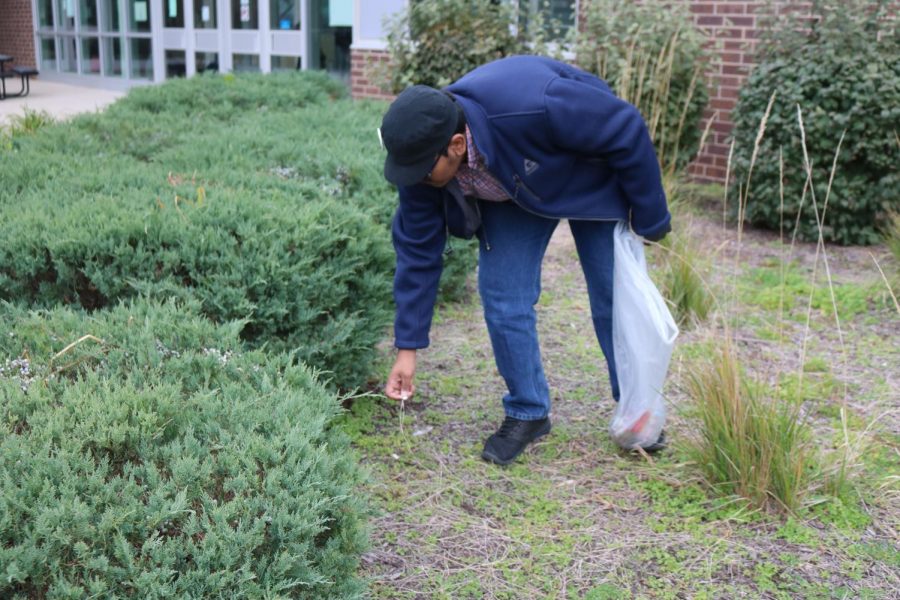 With new recyclable and compostable objects, more people are working toward environmental conservation. The district is doing their part by implementing compostable trays in the cafeteria of all Blue Valley schools. This idea was proposed by the Environmental Club, an organization that is concerned with the conservation and protection of the environment. Each week, club members go around the school collecting recycling bins from each classroom and helping clean up the courtyard by picking up trash. Even with these other tasks, implementing compostable trays was their main project.

Environmental Club sponsor Deborah Cash said they had been working on the idea for a couple of years, researching and developing the idea into a plan. Only recently have the new trays been put into effect.

“[The club] started working on it, [they] took the ball and ran with it,” Cash said. “It was a long process and we had to meet with a sales rep from Huhtamaki. We had to get them to quote us a price, then we had to go to the district food service manager and talk with him. [We] had to get all of those people together to talk about [the trays] and then we had to talk to [principal Scott] Roberts.”

While the trays are more friendly for the environment, they also cost more money to make. In order to implement the trays, the school district had to raise the budget when the company that the club partnered with stated a price.

“It’s three or four cents more per tray,” Cash said. “We use several hundred trays a day just at [Southwest], so you can imagine what it would be like for all five high schools.”

Despite the increased cost, the trays are made of cardboard, meaning they are easier to break down. Junior Subhan Jamal said the club is in the process of finding a partner to compost the used trays. Eventually, the trays will be sent to a compost instead of a landfill, decreasing the amount of waste.

“The overall goal is to basically lower the amount of waste we cause and to lower the hazardous waste,” Jamal said. “The cardboard trays we currently have will probably only take a couple of years to fully degrade.”

“From what I’ve seen, [the trays are] a lot better than Styrofoam trays. People no longer have to grab three for their food not to fall right through,” Jamal said. “The only problem that [we] know of is when you place a really moist thing on the surface, it gets a little wet. But other than that, it’s been a lot better than the Styrofoam ones.”

Senior Peyton Moore joined the Environmental Club late last year after the idea was proposed. She said the trays were a good idea and have had positive results.

“When I first saw [the trays] in the lunch room, I thought it was kind of just a new thing,” Moore said. “I didn’t realize that the Environmental Club had anything to do with it.”

Jamal said the Environmental Club meets a couple times a month and carries out tasks almost every week including the recycling bins and cleanup. He said while they may get off task sometimes, they generally discuss the projects they are working on and make progress on future plans.

“We’re kind of changing the pace this year, so we are basically separating ourselves into groups, and we’re starting different projects,” Jamal said. “Sometimes we get off track, but we overall try to do something with ourselves and with the environment.”

The Environmental Club is currently working on new activities around school to further their objectives. Moore said they are planning to hold an Environmental Week during second semester in which they will have different activities relating to the environment. Moore also said the club has ideas of implementing reusable metal and plastic straws in everyday life. Their overall goal of these different activities is to promote the care and protection of the environment at school and around our community.

“[The Environmental Club] is just a group of people who are wanting to — not change the way the environment functions — but at least do our part in helping it,” Moore said.